Recently, several situations have reminded of the importance to “walk a mile in another man’s shoes” and just because I don’t have a particular experience or someone’s experience/worldview/opinion differs from mine, I can’t dismiss the person or their path because it isn’t my story.

How much more beautiful is a church full of diversity, in backgrounds and cultures? It’s a challenge to bridge cultures, even among the Body of Christ; however, a challenge worth every ounce of energy we expend fighting for unity, loving in spite of differences by God’s grace.

On my last international flight, I sat down and a young teen sat beside me. He clenched a white folder in his hands, I could tell it was immigration paperwork. I smiled and said “hi”, his bright white smile in contrast to his gorgeous dark skin was reward enough. We tried to chat, we didn’t have a common language but he had about 20 English words. Putting the pieces of his paperwork together and his few words, I realized he was immigrating from Sudan to Iowa. He watched me open my headphones, plug them in and start a movie. I knew he didn’t know what to do but I wasn’t sure how to help without embarrassing him. After a few minutes of him longingly looking at my screen, I offered to help. We opened his headphones, plugged them in, put them on his ears and then I showed him how to use a touch screen. We were friends. When he was settled in, I felt a tap on my shoulder.

In the row behind and across from me sat three men, all holding the same folders, not able to communicate with words, but holding up their headphones and smiling, hopefully. I laughed and we opened more headphones, plugged them in and started more screens. I settled in again. Another tap, this from the woman behind me, also sheepishly grinning as she held up her headphone packet. We opened the plastic, put them on her ears and got her set up for hours of movie watching bliss.

Throughout the flight, my buddy and I smiled and tried to communicate. As a meal was served, I noticed he was staring at my food with great interest and my cutlery. Slowly, I pulled out the fork and spoon, making very exaggerated movements on how to use them. He shadowed. He fell asleep and at this point I was so endeared to him I wanted to take him home and teach him the ropes of his new life in America. I prayed for someone who loves Jesus in Iowa to take him under their wings. Through this short relationship, I was convicted that all I had to do to be helpful was to be willing, smiling, not afraid of someone different than me, and aware of another person’s point of view.

I’ve been the foreigner, the one who sits in the crowded room, trying to catch how to do things from observing others. Working on teams with others of backgrounds different than myself, I am continually humbled at the variety of thoughts and solutions that can come out when we defer to each other in love. It takes work. Americans are seen internationally as being brash and over-speaking. If there is an American (to some extent Westerner in general) in the room, often someone from another culture (Eastern culture) will choose not to speak unless invited in and then waiting for the response without anyone interrupting. I repetitively am guilty of falling into this American pattern. What beauty can come when we stop to listen and esteem other’s ideas.

Let us not compromise Biblical truth! But let us also be aware so much of the way we read the Bible is influenced by the culture around us, our family culture, our church culture, our nation’s culture. Since I am from the West, I see through this lens when the Bible was actually written by Eastern people’s, about Jesus, who ministered in an Eastern context. This article illustrates this amazingly well, (worth your time!) "Rethinking the Christmas Story”

As parents, we have countless opportunities to shape our children’s thoughts on the world, thoughts on others, thoughts on those different from us. Here are a few recent favorite stories to foster a child’s understanding of the world and relating to other’s in it. 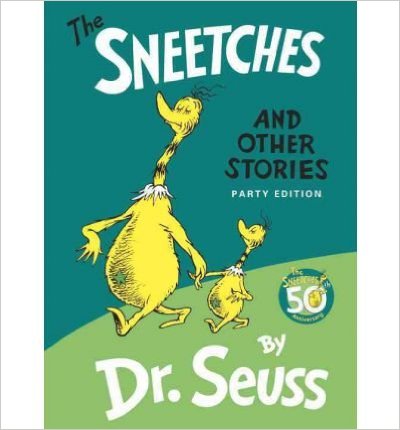 One of my favorites, “The Sneetches”, one of Dr. Seuss’s unsung heroes, to talk about how people label others for no good reason, it is a fun story that opens up tons of dialogue about prejudice and how groups of people treat others. It’s at Kohls right now as a $5 book!

Anna Hibiscus was a gem! We plan on ordering the whole series. We bought the book through Usborne but they also have it on Amazon. Anna Hibiscus is a sweetheart living in Africa, “amazing Africa” and so sweetly the author weaves an “African” way of life with ease into a way a Western child could understand. In general, just adorable and it made Jon and I laugh. 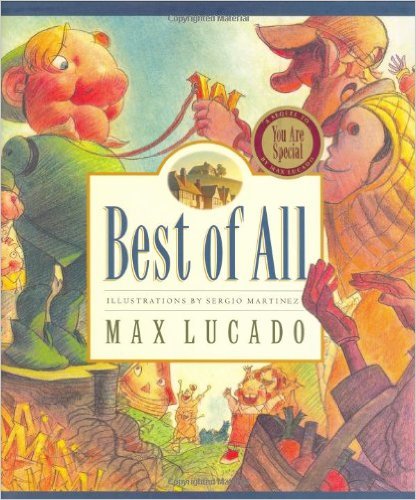 This books, “Best of All” is similar to “The Sneetches” while pointing to Eli, the Creator.  The Christian perspective was welcomed but it does move a bit slow, worth it for the lesson! Our family has dialogued about this book many times since we’ve finished reading it. “The Hundred Dresses” had the girls and I in tears at the end and it has been such a  great conversation opener to talk about bullying and what to do if we see other’s being bullied and are on the sidelines.

In a more upfront book, specifically regarding physical differences in people-the lesson is a Sesame Street book, “We’re Different, We’re the Same.” Also, teaching a bit about other cultures, “People” by Peter Spier.

What books can you add or thoughts do you have?

Hey!  It’s Christmas in, let me see, 6 days. Woah, talk about sneaking up on us. I’m quiet here as I feel much of what I have to say is redundant, my emotions, the transitions, etc.

Brief Update: We are living at Amy’s parents house on a lake and appreciating the beauty each day we are there. Jon hopes to travel to Ethiopia in January, I will stay home with the kiddos. I am not a good pregnant woman. Sure, I definitely rejoice at the miracle God has created inside of me and marvel at each stage but I’ve had just about enough of this little one up in my ribs. We had a family road trip and I tried to keep my sighing to a minimum. :) The girls and I are plugging through school, most days joyfully, besides new math concepts, not a lot of joy there. Tiger sits up, says “MAM” when he is starting to get upset and when he is playful, “dadadadada”, enough for us all to about die of his cuteness.

The other day as we were traveling and all a bit glum, Tiger started to babble. After about 30 seconds, J said, “I don’t feel so sad anymore” and we all agreed. 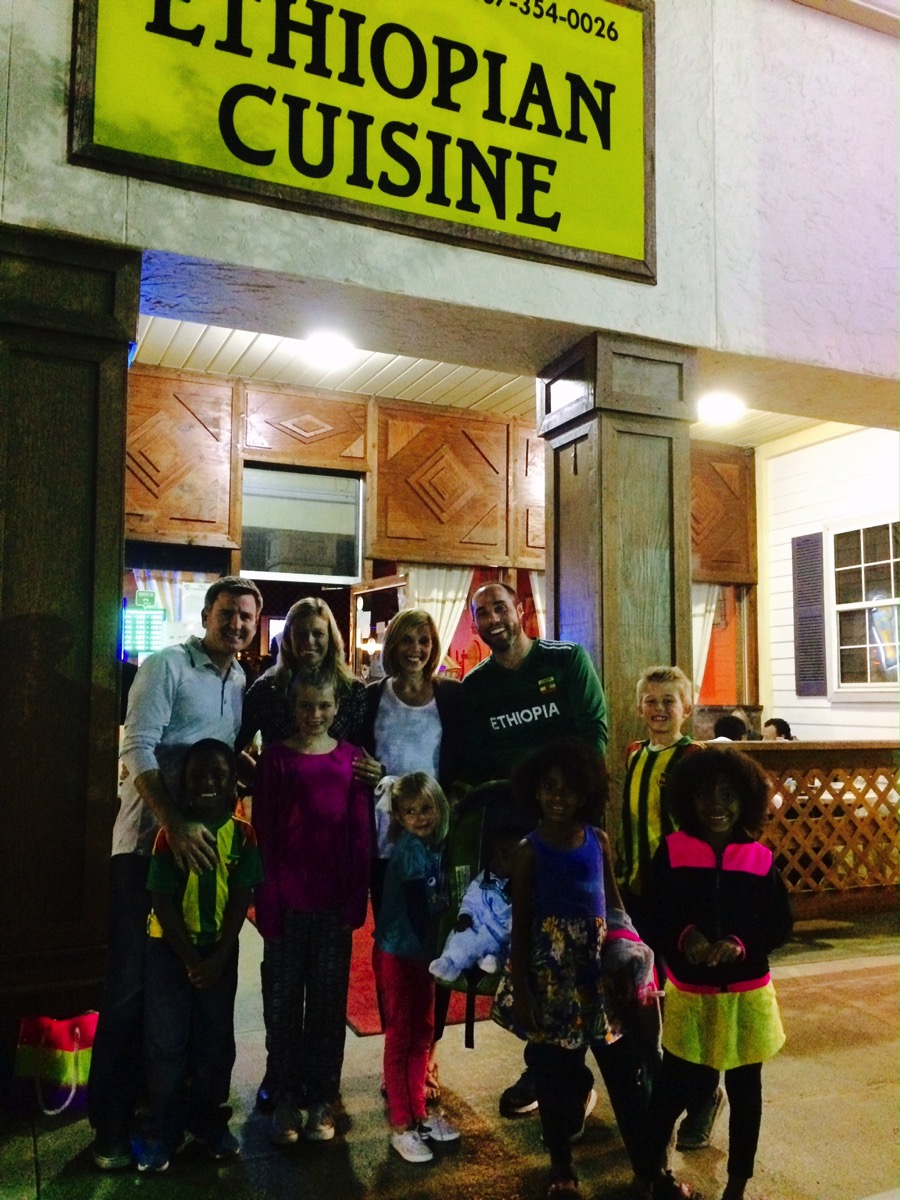 This really deserves its own post, but if you have been reading since the beginning of the blog, you may recognize this family (well, maybe if the lighting was better ;)). When Jon and I first traveled to Ethiopia to pick up the girls, to our bewilderment, we realized while we had researched every possible facet of adoptive parenting, we forgot to actually learn a thing about how to keep an infant alive and happy. The girls were very upset by the whole transition as well and as we were staying in a guesthouse with other families, two families heard the cries (of the kids, not ours, well, maybe ours) and came to our aid. The Armstrongs had a set of twins at home and were bringing home another infant, who happened to be an incredibly happy baby, so they stepped in and restored sanity. 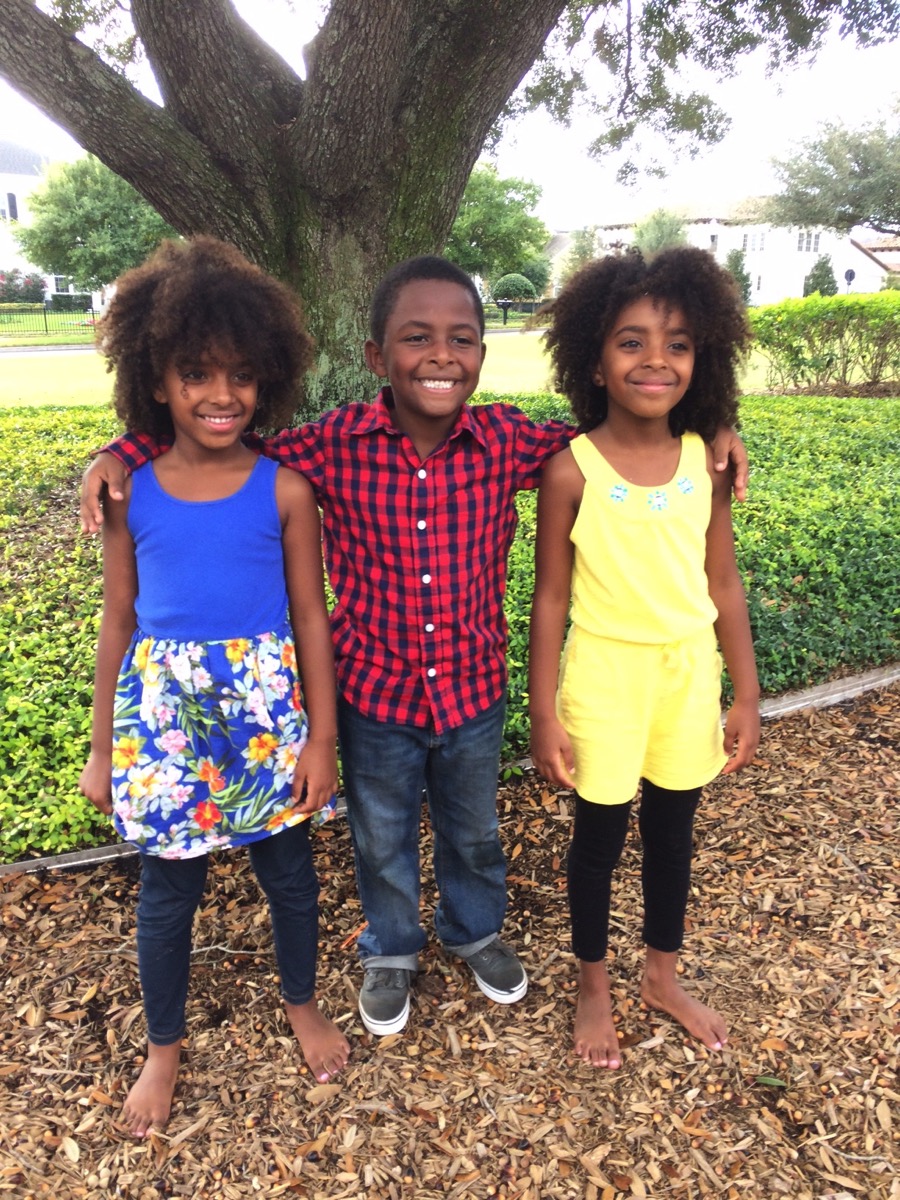 Here are the three kiddos, lives forever intertwined, meeting again. I’ll have to get a picture of them together as babies on here. So cute. They were living in two different care centers together before our “Forever Family” days. 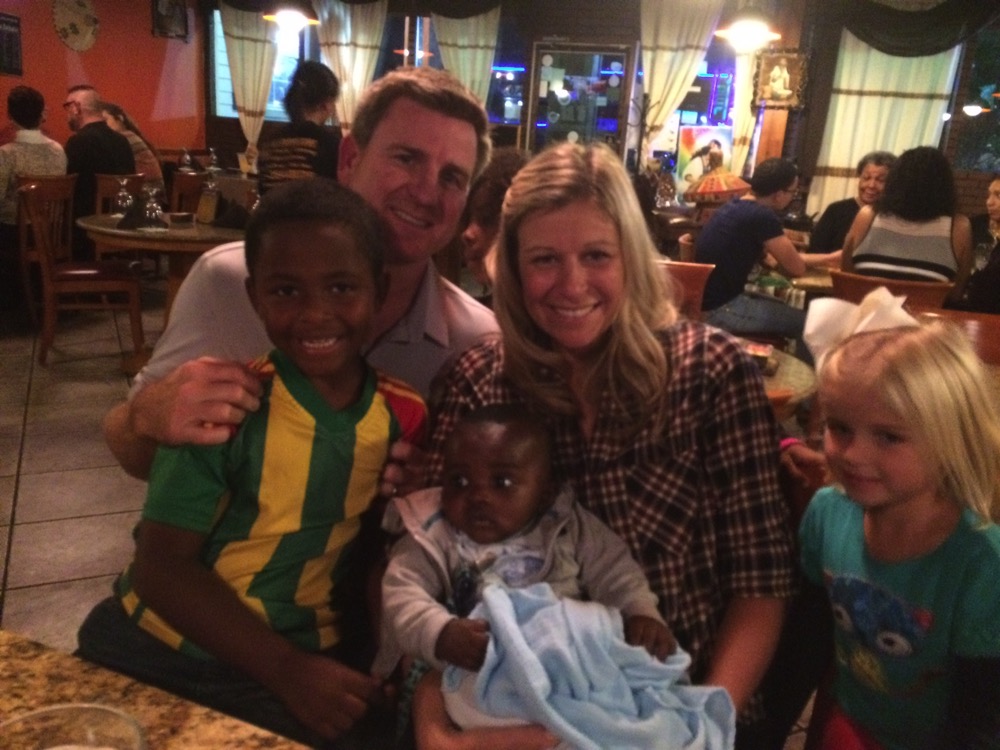 So glad we were able to visit and share joy in new members of our family. 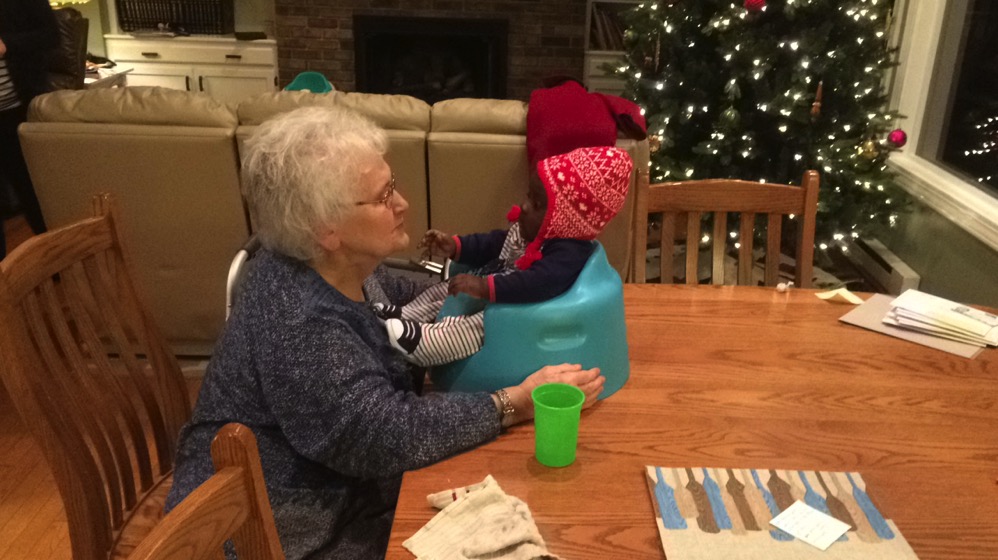 And we are able to experience so many moments we’re accustomed to missing and it’s amazing. 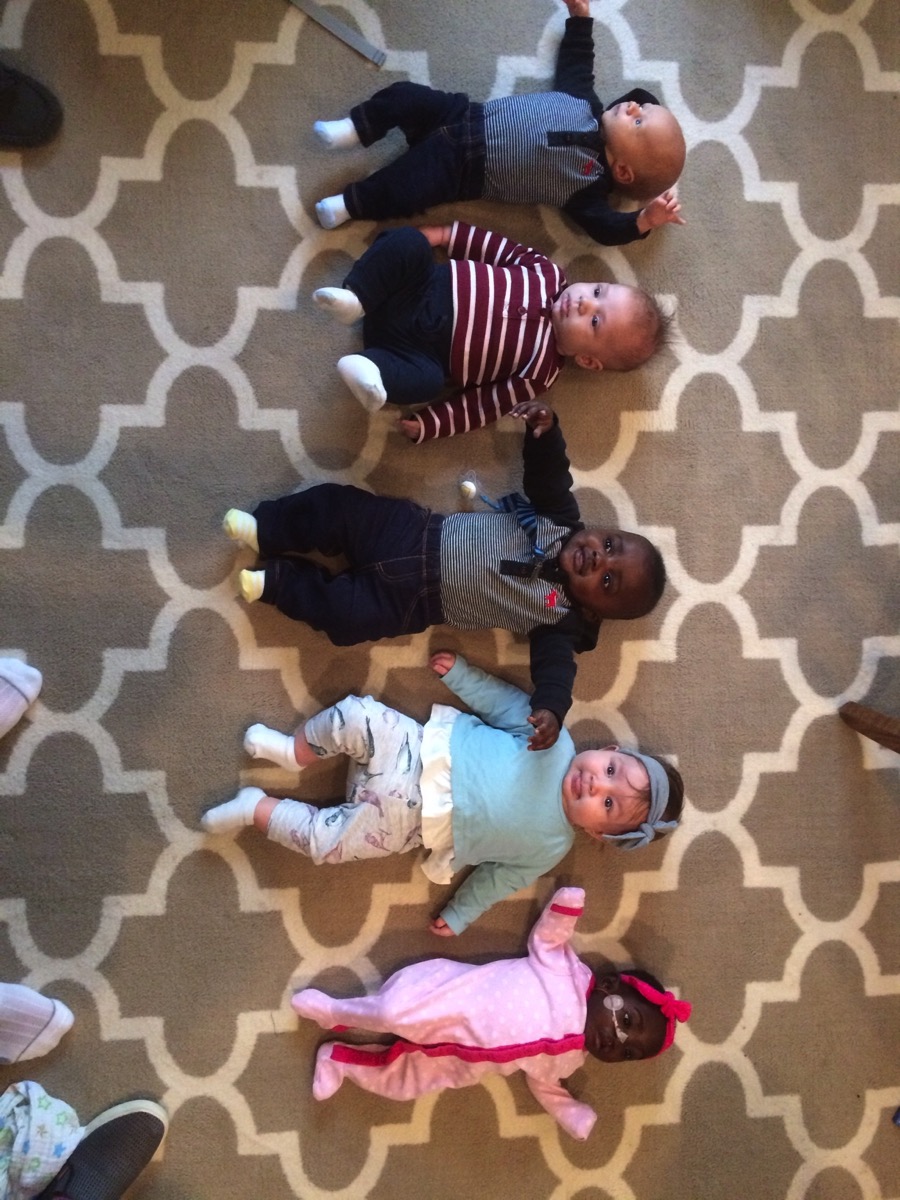 Baby line up at a family event in age order. And the SNOW. The girls haven’t let it rest and they are old enough they go to the bathroom before the snow clothes and stay out for so long I am worried they’ll freeze. 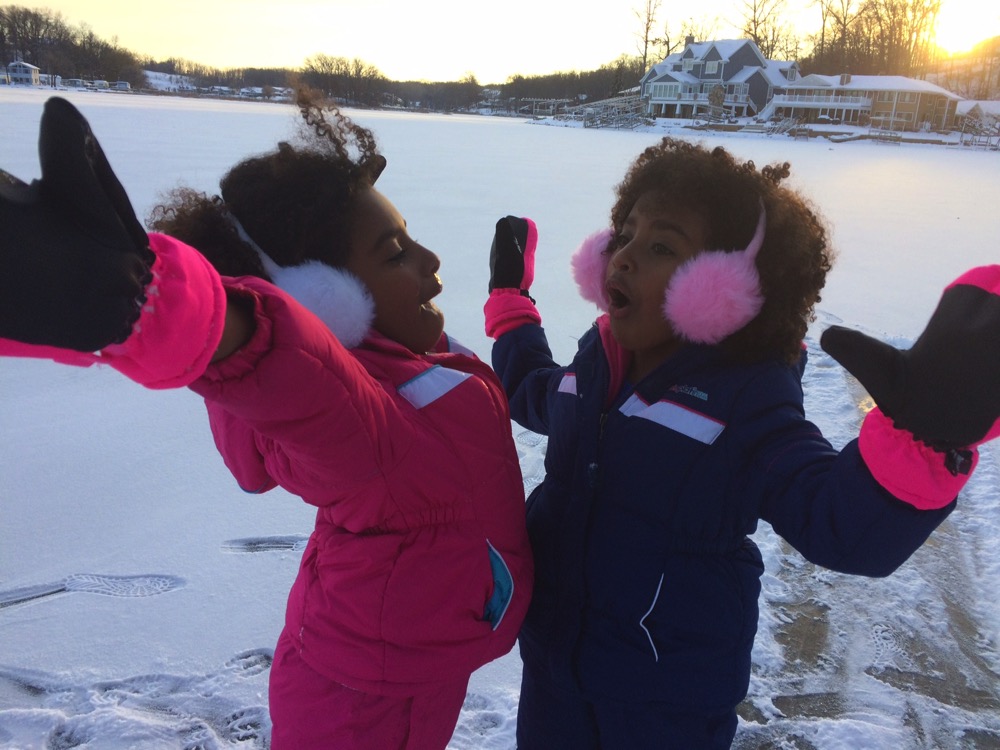 Carefree on the ice. 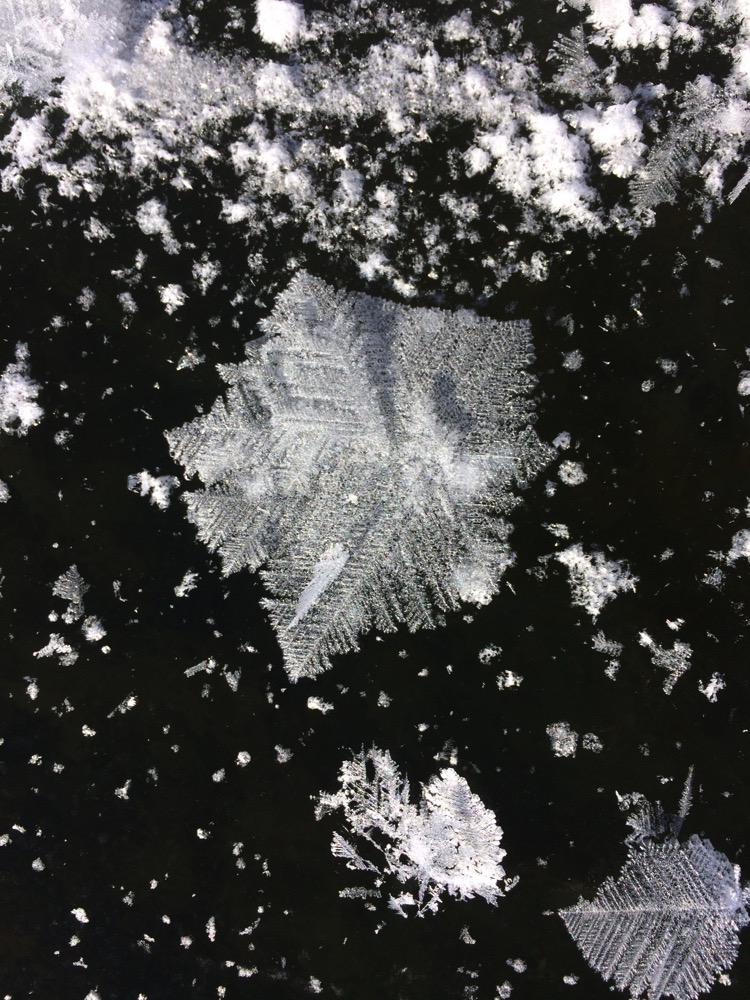 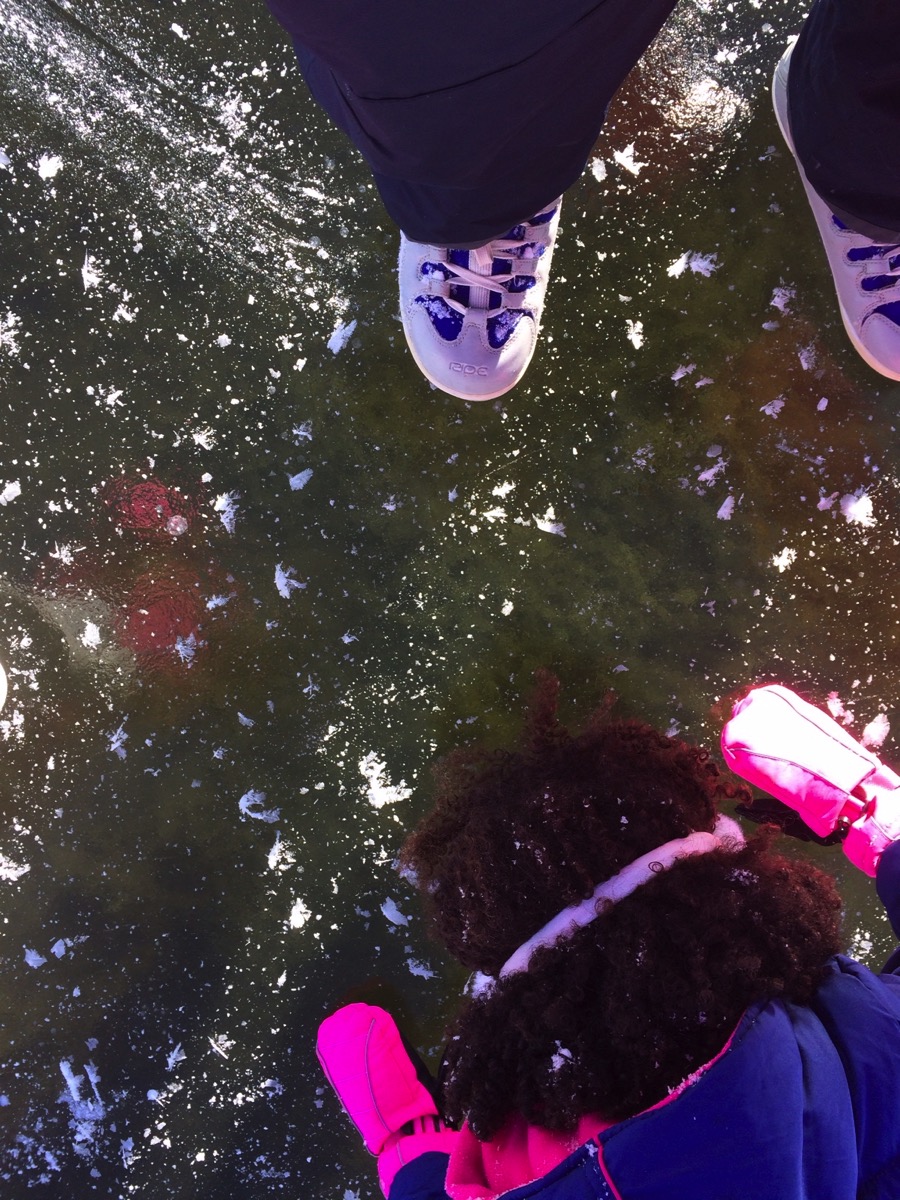 And the ice is perfect and see-through, leading to many discussions about the cold world underneath. I watch from the windows. 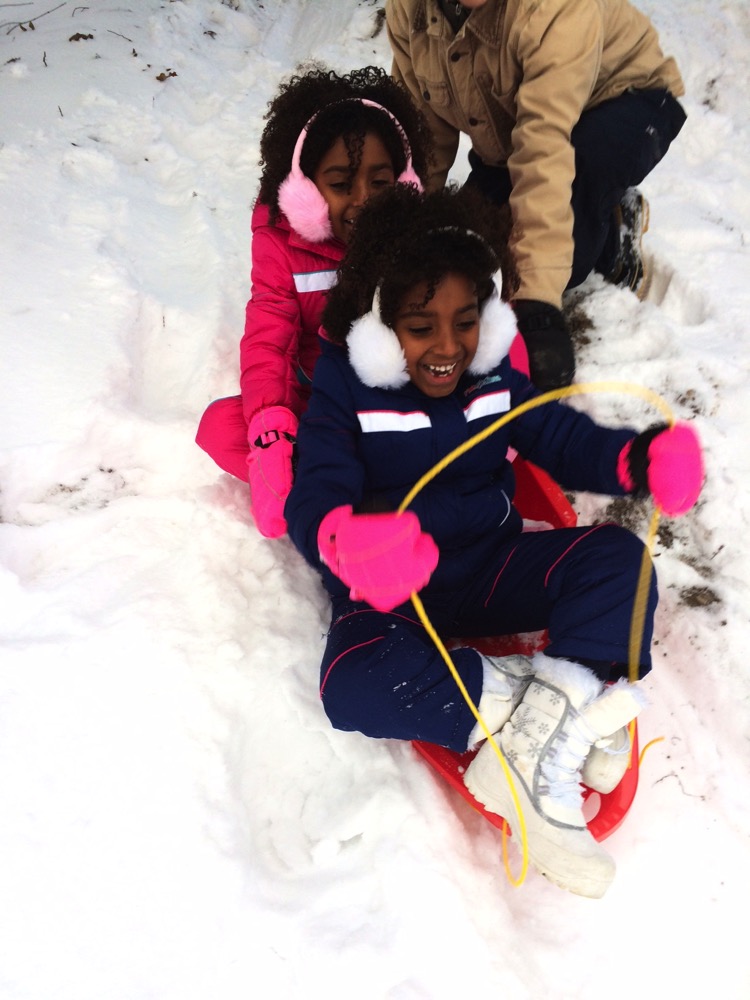 I am smart (or is it boring?) enough to remember how cold it is outside! It’s strange as it’s Ethiopia’s warm time, so glad to experience both.

We wish you a Merry Christmas and so much love! 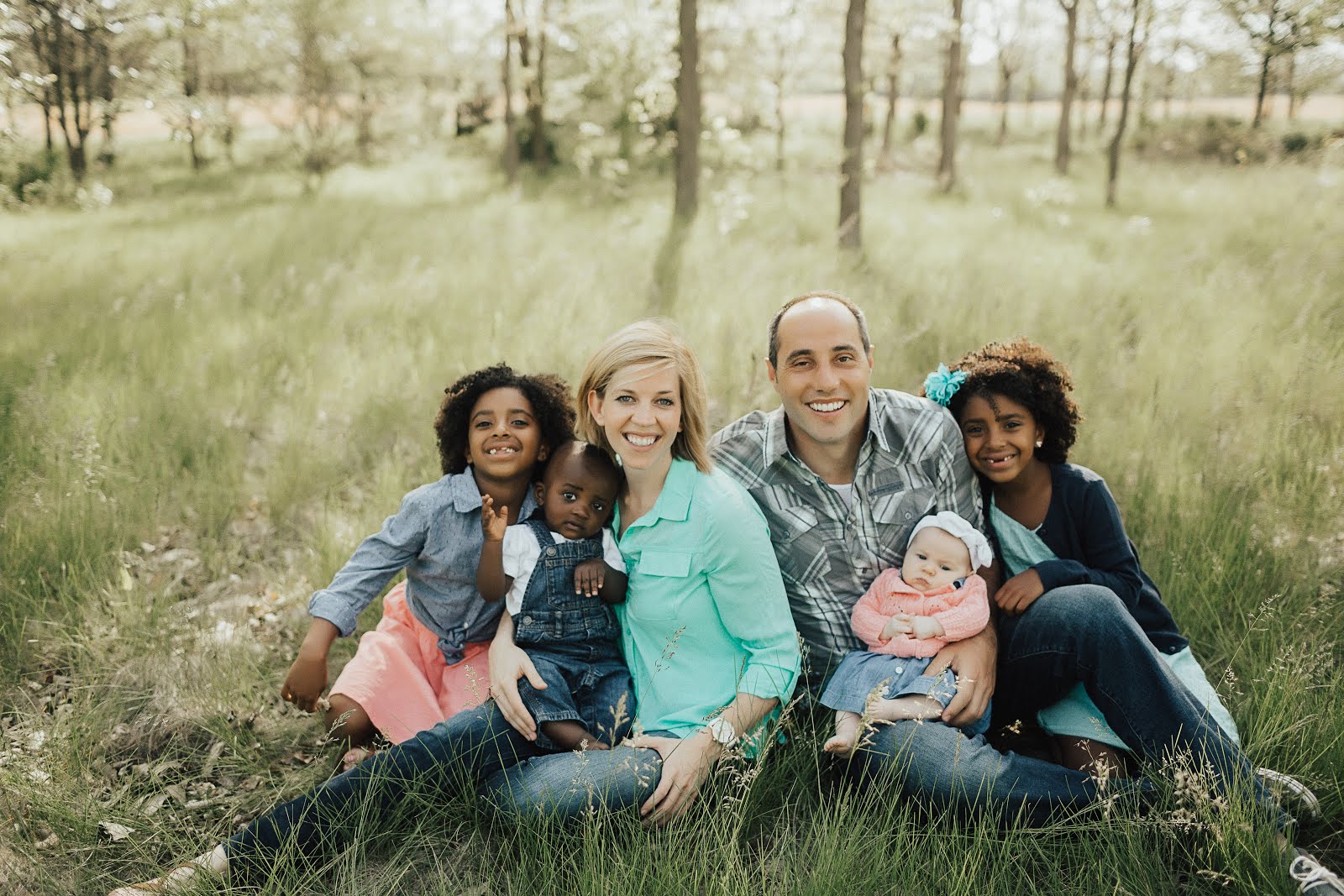 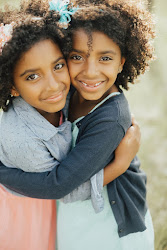 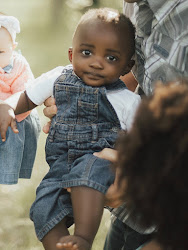 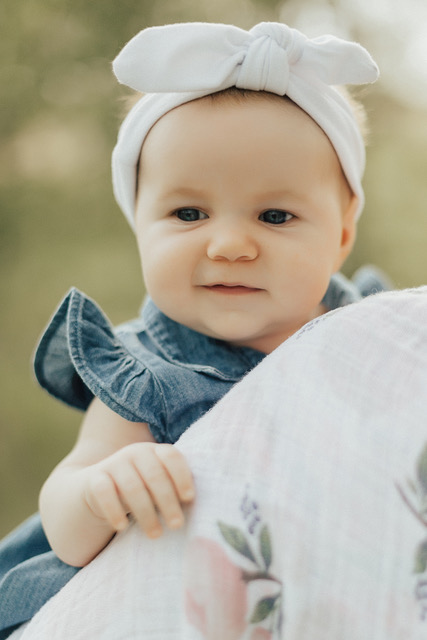